Day 1: Arrival in Delhi and over night

On arrival in the bustling capital city of Delhi, we will transfer to our hotel for the night where we can rest and prepare for our exciting Indian adventure. 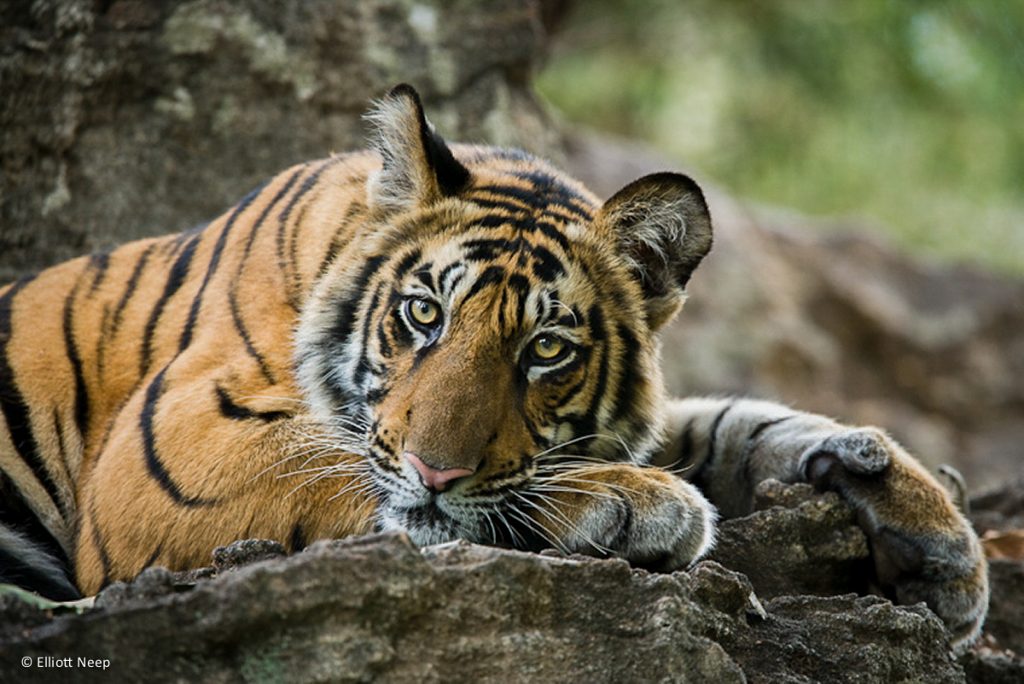 We depart early this morning for our flight to Nagpur before our 3-hour drive to Tadoba Tiger Reserve. Tadoba Andhari Tiger Reserve is a Tiger reserves in Chandrapur district of Maharashtra state in central India. It is notable as Maharashtra’s oldest and largest National Park.

This area is also home to several prominent wild denizens like Leopard, Wild dog, Sloth bear, Gaur, Sambar, Barking deer, Cheetal, Chausinga, Nilgai, Wild boar along with rare ones like Ratel, Flying squirrel, Pangolin, and Rusty spotted cat. We will depart on both morning and afternoon drives while at this reserve to increase our chances of spotting these magnificent creatures and for more chance to spot tigers.

Day 6: Tadoba to Delhi via Nagpur

After a final morning exploring this magnificent reserve we will head back to Nagpur for an afternoon flight back to Delhi, where we will spend the night.

This morning we will transfer to Bharatpur, taking the roughly four-hour journey to our accommodation near the incredible Keoladeo Ghana National Park, where we will commence our exploration in the afternoon.

Usually known simply as “Bharatpur,” a former Maharaja of Bharatpur artificially created the extensive series of shallow ponds as a duck-shooting preserve, but now form part of a wetland sanctuary attracting thousands of wintering waterfowl, waders, cranes, and raptors, as well as a variety of other species in the surrounding woodland. 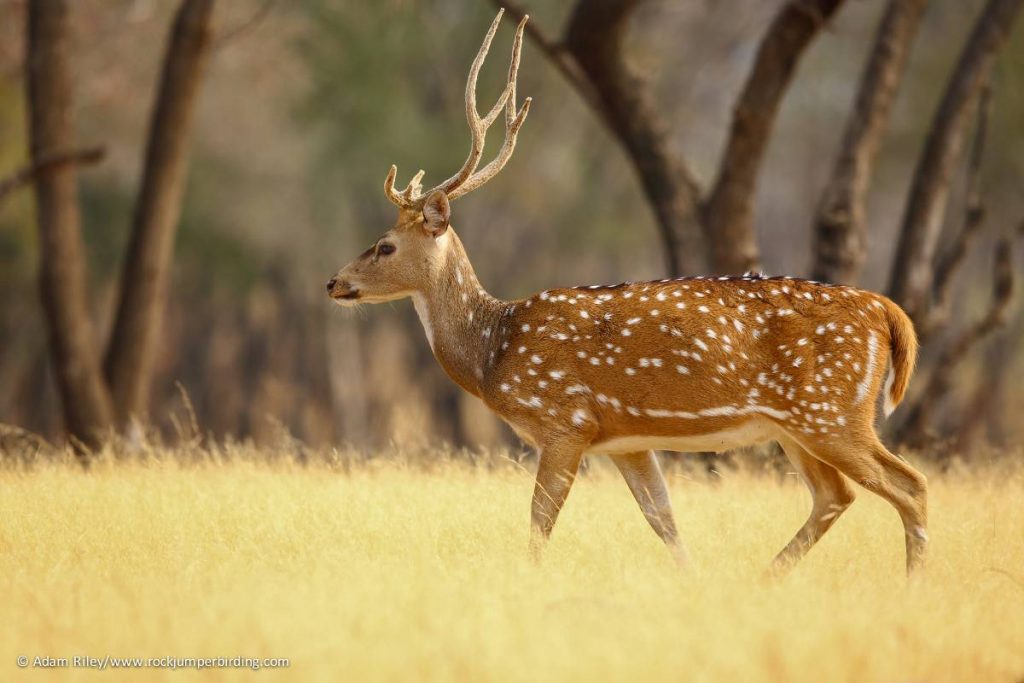 We will explore the reserve on foot and by means of cycle rickshaw, following the network of raised dykes that criss-cross the labyrinth of ponds. Antelope such as the Nilgai (the mature males are also called Blue Bulls due to their blue grey color) and Chital (an Indian sub-continent endemic, also known as Spotted Deer) can be seen, and we will likely be overwhelmed by the staggering numbers and variety geese, ducks, storks, cormorants, jacanas, darters, kingfishers, and herons.

We spend the morning exploring the riches of this amazing reserve. The marshy edges attract a variety of migrant passerines such as the secretive Bluethroat, numerous warblers and 5 species of wagtail, whilst a number of swallows hawk insects overhead. Raptors are often especially well represented at Bharatpur, with concentrations of large migrant eagles that include Asian Imperial and Greater Spotted. 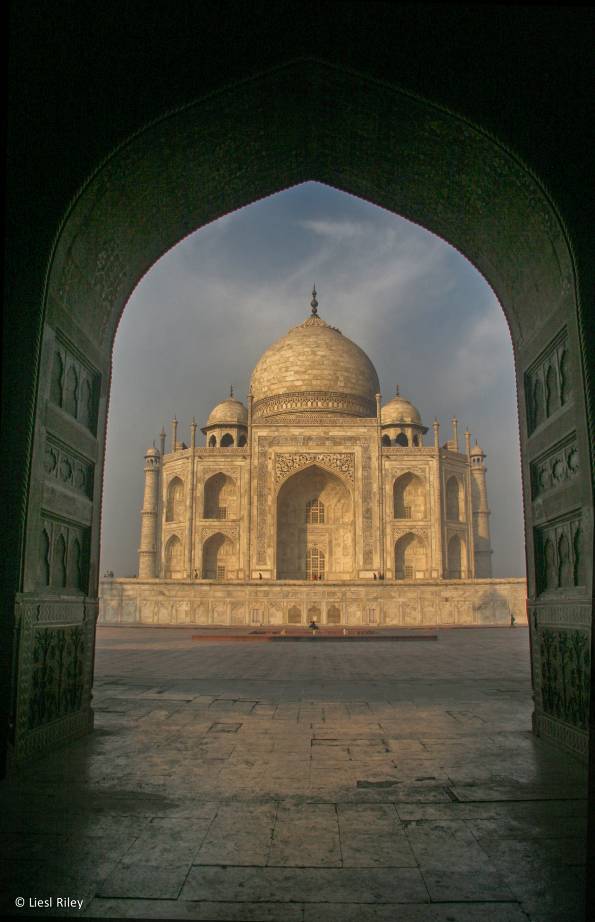 After our morning excursion, we will depart for Agra via Fatepur Sikri (A UNESCO World Heritage Site). This historical city was constructed by Mughal emperor Akbar in 1570 and served as the empire’s capital from 1571 until 1585. Though it took 15 years to build, it was abandoned after only 14 years because the water supply was unable to sustain the growing population. The city includes one of the largest mosques in India, the Jama Masjid; completed in 1571, it could accommodate some 10 000 people! In the mid 16th century and earlier 17th century AD, Agra witnessed a frenzied building activity and it was during this time when the symbol of love, the Taj Mahal was built.

It is often said that the Taj Mahal changes its colours by the minute depending upon angle of sunrays and it is best seen either by sunset or sunrise. Although the lighting is best in the morning it would be well worth our while to visit the Taj at sunset. The most unusual story about the Taj, is that there might have been two of them. The emperor intended to build a second tomb in black marble, a negative image of the white Taj for Mumtaz. Tragically, before he could begin, he was deposed by his son and imprisoned in the Agra Fort where he remained until his death, spending the rest of his life looking out along the river to the final resting-place of his wife.

Today we will rise early for morning coffee and prepare for a truly spectacular sight, the legendary Taj Mahal at daybreak. This white marble monument was built by the Shah Jahan as a memorial to his beloved wife, Mumtaz, and is famous for the elegance of its design and the immense numbers of intricately carved and inlaid semi-precious stones that adorn its walls. This monument took 22 years to complete and was designed and planned by Persian architect Ustad Isa.
Later today we will visit Agra Fort which is found standing in the middle of the city limits, upriver from the Taj. This truly impressive sandstone fort serves as a constant reminder of the unique history of the region. Agra Fort is a massive structure with 70-foot high (21.34m), 1.5-mile (2.4km) long walls encompassing an astounding collection of well-preserved buildings, many of them completed during the reign of Emperor Shah Jahan.

This evening we will catch our overnight train (refer to the ‘Please note’ section below for more details) to Jabalpur in anticipation of the spectacular Bandhavgarh.

After arriving in Jabalpur this morning, we will then drive to Bandhavgarh National Park. Set in the rugged Vindhya hills of central India’s Deccan Plateau, Bandhavgarh National Park protects a rich mosaic of deciduous woodland, bamboo thickets, meadows and marshes. This park is an essential stop for any serious Tiger safari, and is renowned for one of India’s highest concentrations of this magnificent animal. Although it is a relatively small park, it has a healthy tiger population and offers excellent chances for encountering this magnificent creature. This wonderful reserve also contains high concentrations of herbivores such as Spotted Deer, Sambar and Wild Boar, and it is this abundance of prey species that in turn supports such a large population of Bengal Tigers. 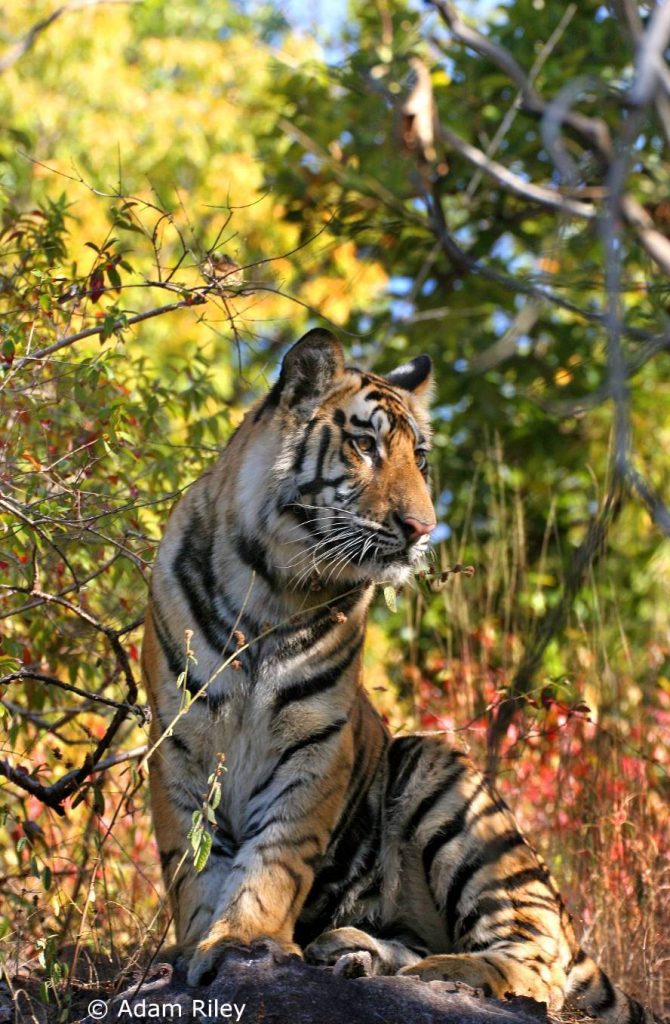 Locating the magnificent Bengal Tiger – our quest for the next few days – requires a combination of skill, patience and a sprinkling of luck. Although the relatively open nature of the terrain accounts in part for Bandhavgarh’s high rate of Tiger sightings, it is the reserve’s skilled team of local mahouts (Elephant handlers) that has made it the foremost park for seeing this elusive predator.

We will set out in open-top jeeps to explore the dense jungles of the park; watching for telltale signs such as pugmarks or scat in the road, and listening for the alarm calls of Sambar, Muntjac and Spotted Deer. These will hopefully lead us to a Tiger strolling along a dusty track or sprawled out in the dappled sunlight of a forest thicket. Looking into the amber eyes of this regal cat undoubtedly ranks as one of the world’s ultimate wildlife experiences!

If we are lucky we may encounter Dhole (also known as Indian Wild Dog), the sought-after Sloth Bear or the much more frequently encountered Jungle Cat. Leopard, although normally elusive do occur and we will be sure to keep an eye out for this stunning feline. Indian Fox and Jackal and are amongst the other special mammals we hope to encounter. Common or Grey Langur should provide for some amusing encounters and we will be sure to listen out for their “alarm calls”, which may signal the presence of a predator!

During our stay, we will take time to visit the Bandhavgarh Fort at the highest point in the park as well as Shesh Shaiya, a 12-metre-long reclining statue of Lord Vishnu!

We have a final early morning to enjoy the riches of this magnificent reserve. After breakfast, we will then drive to Khajuraho, where we will transfer to our hotel for the night.

Day 14: Khajuraho to Delhi and depart 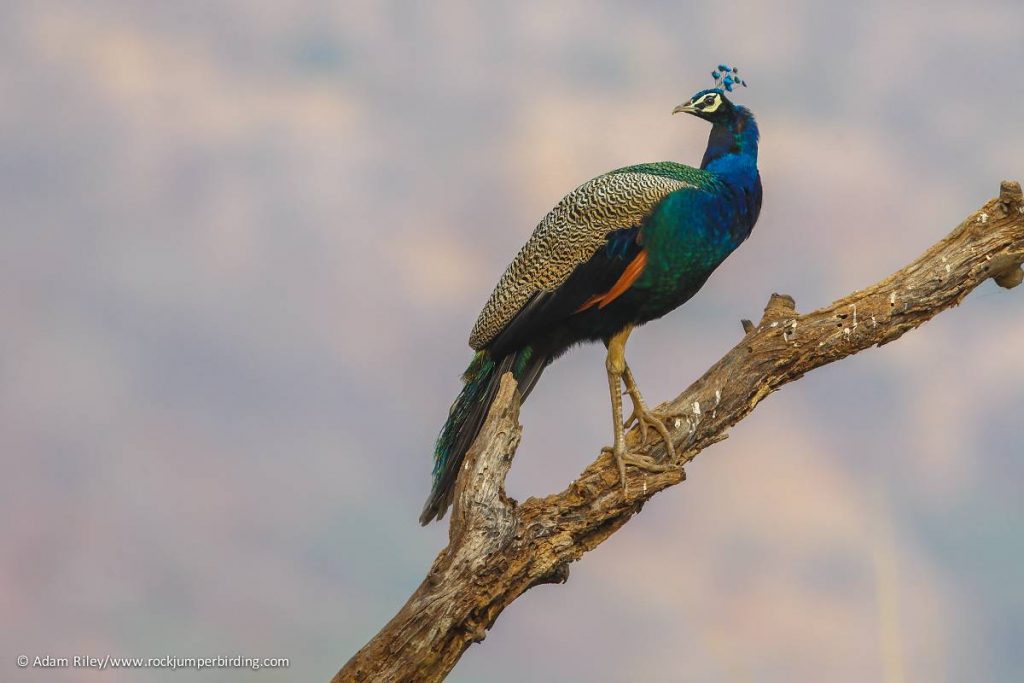