Today we will drive across the windswept Patagonian steppe, likely spotting our first mammals as we go: herds of Guanaco, plus Chilla (or Southern Gray) Fox, and perhaps even Patagonian Hog-nosed Skunk. Birds we could encounter along the drive include numerous waterfowl in addition to such sought after species as Least Seedsnipe, Tawny-throated Dotterel and the wonderfully named Chocolate-vented Tyrant. As the stunning mountains of Torres del Paine draw ever closer, our excitement will rise and upon arrival, we will make our first explorations of this glorious national park.

We are devoting two full days to puma tracking, in the company of a knowledgeable local tracker. We will concentrate on the best areas to search for the big cat. The tour is carefully timed to be during the prime season for finding Puma, as the females are actively hunting to provide food to their growing cubs. 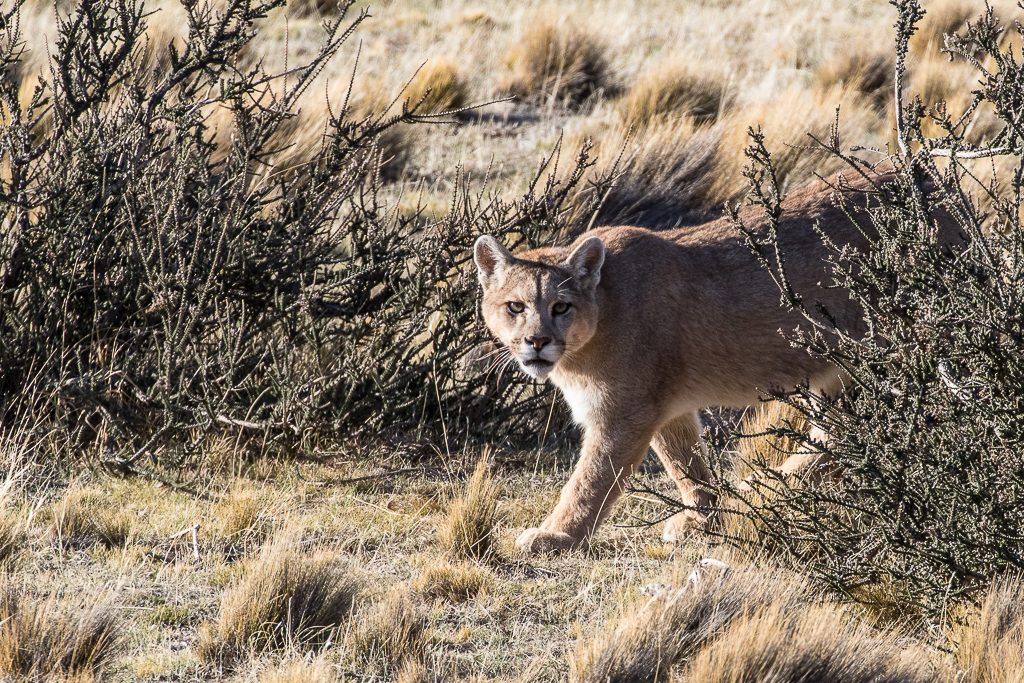 At this time, they are active both by night as well as early mornings and late afternoons, so we will be searching by day and night. To see a female puma and its large-sized cubs against this magnificent mountain backdrop and dramatic skies is one of the most impressive sights in this wilderness. During our search, we will also encounter other mammals, hopefully including the ubiquitous Guanaco, the scarce Huemul Deer, Patagonian Hog-nosed Skunk, and the two foxes present in the park, Chilla and Culpeo. 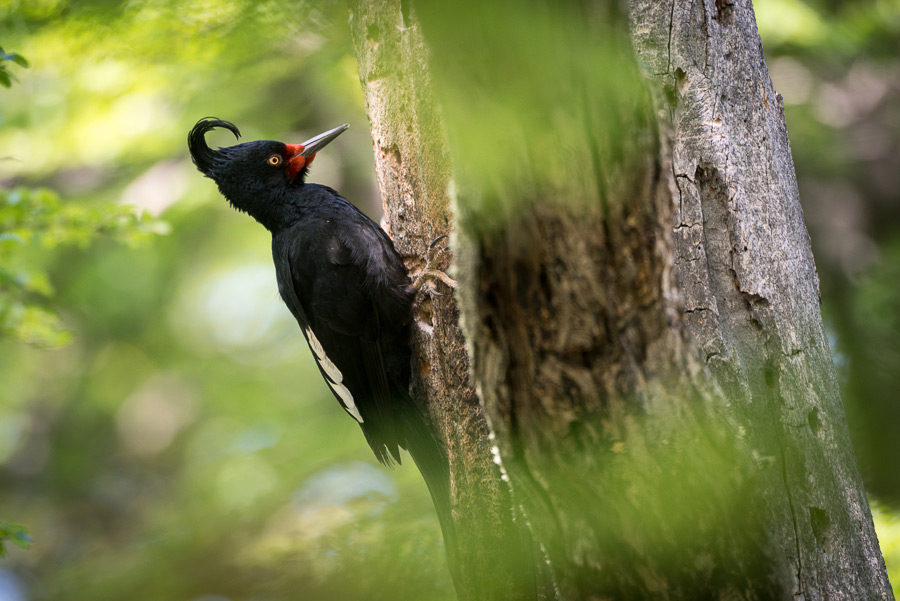 During our final full day in Torres del Paine, we will continue to seek out mammals and birds and enjoy the superb scenery, focussing on any species we may have missed or want better looks at. We can always hope for one of the more elusive species like Hairy Armadillo or Geoffroy’s Cat! Birdlife is prolific and could include the rare Spectacled Duck, majestic Black-necked Swan, massive Andean Condor, and the stunning Magellanic Woodpecker. We will also visit Lake Grey to enjoy the dramatic sight of its southern shore dominated by stunning blue icebergs, and the surrounding sub-Antarctic forests.

Today will be largely a travel day as we drive south across the Patagonian steppe and then take a ferry across the mythical Straits of Magellan. The ferry crossing offers us a first chance at marine mammals and we will be keenly watching for two dolphin species that are largely restricted to Patagonia: Peale’s and Commerson’s Dolphins. Upon reaching the other side, we will have arrived into a land of legends, the vast Tierra del Fuego Island. We will be spending the night in one of the world’s most southerly towns and should have time for some explorations of the nearby areas. Waterbirds are abundant here and could include Kelp Goose and both Flying and Flightless Steamer Ducks. Time permitting, we may visit some saline pans that host Chilean Flamingos and Magellanic Plover. Magellanic Plover is an aberrant shorebird placed in its own family and endemic to Patagonia. 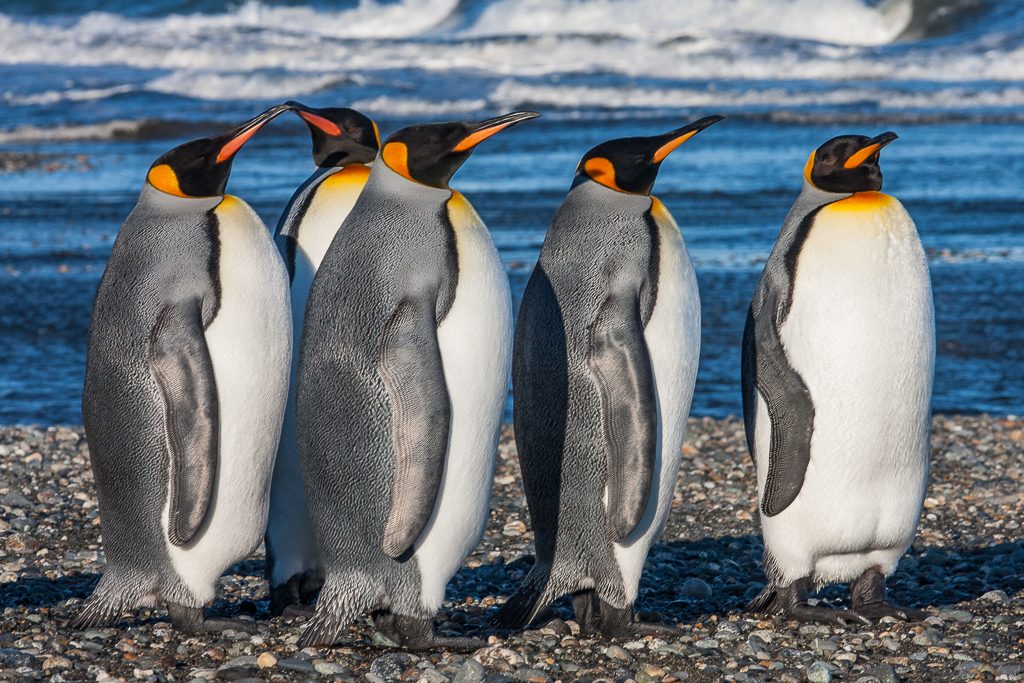 Today we will explore the huge embayment of Bahía Inútil (Useless Bay). Our prime quarry this morning will be not a mammal, but a bird. In only very recent years, the spectacular King Penguin has set up the only South American breeding colony here. The colony appears to be thriving and is growing every year, so should provide great viewing and photographic opportunities. We will then return to Porvenir and take the ferry crossing to Punta Arenas. This crossing offers good chances for the two dolphins – Peale’s and Commerson’s. Indeed, the striking little Commerson’s Dolphin regularly comes to play in the ferry’s wake and we will hope for this to happen today. We should also see many seabirds, including Black-browed Albatross. We will end our day in the town of Punta Arenas, the hub of Chilean Patagonian. 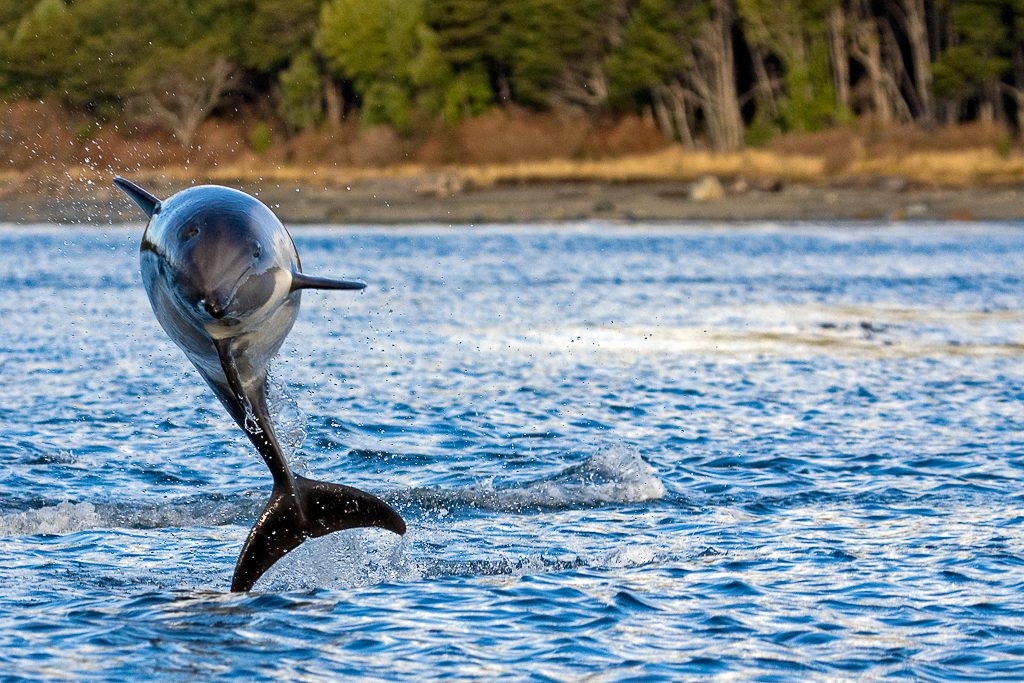 After a flight, north to Puerto Montt, we will take a ferry across the Chacao Channel to the magical island of Chiloé, a place full of traditions, legends, customs, and unique wildlife. During the ferry crossing we will have a slim chance to see the newly-discovered Pincoya Storm Petrel that breeds somewhere in Chiloé archipelago. Upon arrival, we will drive down to Ancud, Chiloé’s northernmost town. If we have time we will explore the famous wooden churches of Castro and Dalcahue, a striking part of the cultural heritage characteristic of Chiloe.

Today we’ll take a boat trip offshore to explore the exceptionally productive waters surrounding Chiloe Island. We will visit offshore islets where we hope to encounter the wonderful Marine Otter, one of only two species of sea-dwelling otters. We will also encounter colonies of South American Sea Lion and South American Fur Seal and with luck may even find a Southern Elephant Seal. These islets are also rich in birdlife including both Magellanic and Humboldt Penguins.
We will also be keeping a very sharp lookout for the largest animal that has ever lived on our planet, the magnificent Blue Whale. There is a recently discovered nursery area for them in this region and the presence of a few hundred individuals in the archipelago has been documented. Sightings are far from guaranteed, but we will certainly be hoping for one! We will also have great chances of seeing pelagic seabirds such as Black-browed Albatross and Southern Giant Petrel. 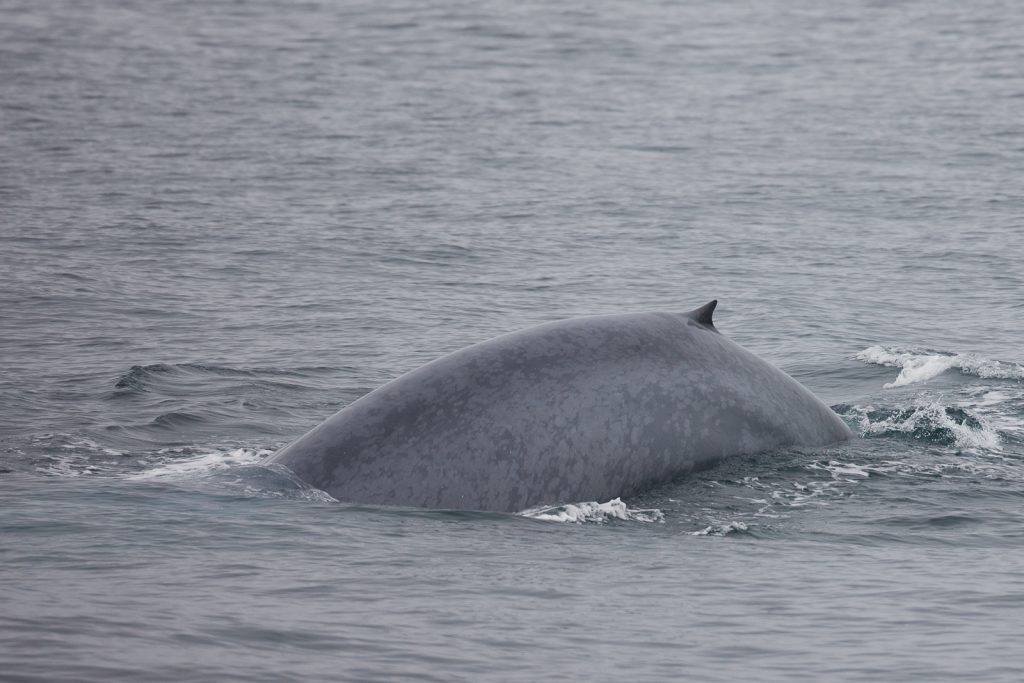 Early this morning we will explore the Chepu River. This meandering and pristine water course is bordered by lush, dense rainforests and its clear waters are home to a critically endangered species, the Southern River Otter. We will look for it and hopefully our patience and efforts will be rewarded. We will also have chances for the rare Rufous-tailed Hawk and the endemic Slender-billed Parakeet.
We will then drive to the lush Tepuhueico Park and will start our exploration of this wonderful place.

We will have the whole day to explore the pristine Tepuhueico woodlands, which are part of the unique ecosystem known as Valdivian Temperate Rainforest. Tepuhueico Park has the reputation of being a highly reliable place to see the critically endangered Darwin’s Fox. A few hundred individuals of this fox survive in the ecotone between the dense temperate forests and the coast. We will search for this as well as for Southern Pudu (the second smallest deer in the world) and the Kodkod or Guigna (a very rare woodland cat). Birding is great here and we may encounter some of the shy tapaculos: Black-throated Huet-huet, Chucao, Ochre-flanked and Magellanic Tapaculos along with Green-backed Firecrown and the sensational Magellanic Woodpecker. 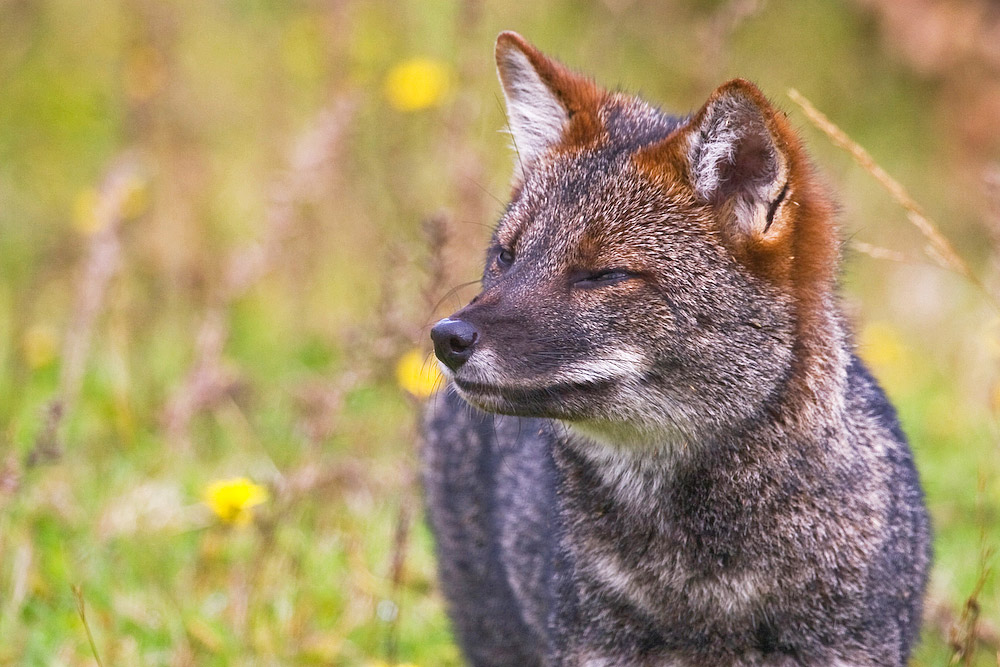 Day 11: Drive to Castro and depart

After a final morning we drive to Castro, from where the tour will conclude and we will depart on your flights home.